Real world data frequently contain observations that are only partially known. For example, patients may drop out of medical trials before a study is complete. When collecting environmental data, observations may be less than a reporting limit and therefore lead to a result such as "<1.0". Nevertheless, such censored observations contain useful information that must be accounted for when characterizing the distributions of the population from which the data come.

Statgraphics 18 introduced a new data column type referred to as "censored numeric data". An example of such a column is contained in the data file below: 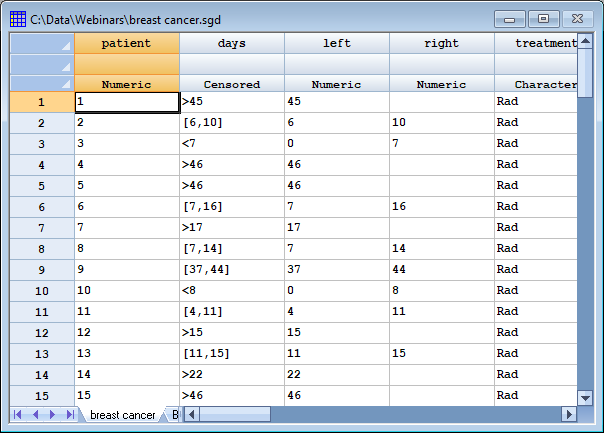 The column "days" contains the number of days between when breast cancer patients received a radiation treatment and breast retraction was first observed. It contains a combination of left-censored, right-censored, and interval-censored data.

There are 2 primary approaches to characterizing this data:

1. A parametric approach in which a distribution such as the lognormal distribution is estimated using maximum likelihood methods that account for the censoring of each observation.

2. A nonparametric approach that uses the Kaplan-Meier-Turnbull (KMT) method to estimate the CDF and survival functions. 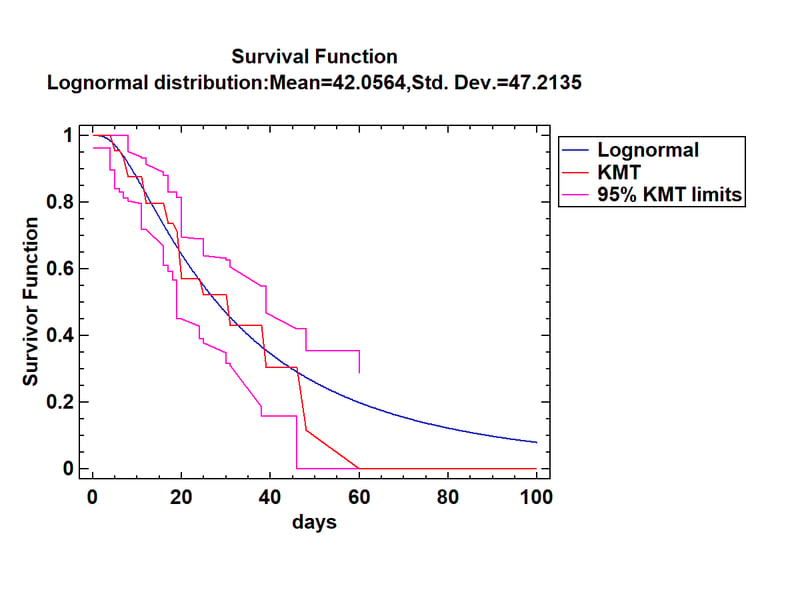 The results of such a study are typically estimates of survival percentiles. The table below shows several percentile estimates using both methods: 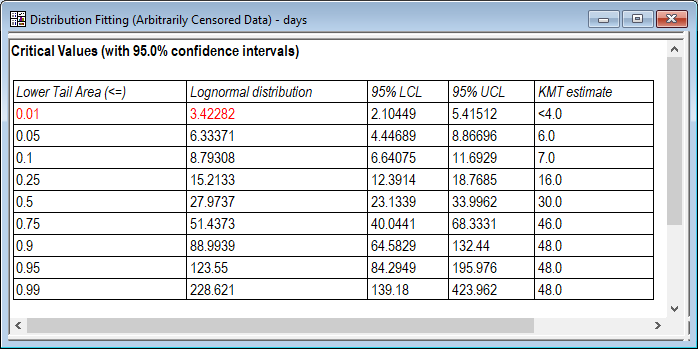 You can see an extensive discussion of fitting the breast cancer data and also a set of arsenic concentration measurements taken from an urban stream in Oahu, Hawaii by viewing the webinar titled Distribution Fitting of Arbitrarily Censored Data.