Trellis plots are a very useful tool for displaying how the predicted response of a statistical model varies as a function of 3 or 4 factors. In Statgraphics 19.4, trellis plots have been added as an option to the response surface plots available when analyzing a designed experiment.

Trellis Plots with One Segmenting Factor

As an example, consider a factorial design run to determine the effect of 3 factors (temperature, concentration and type of catalyst) on the yield of a chemical process. The results of this experiment are shown below: 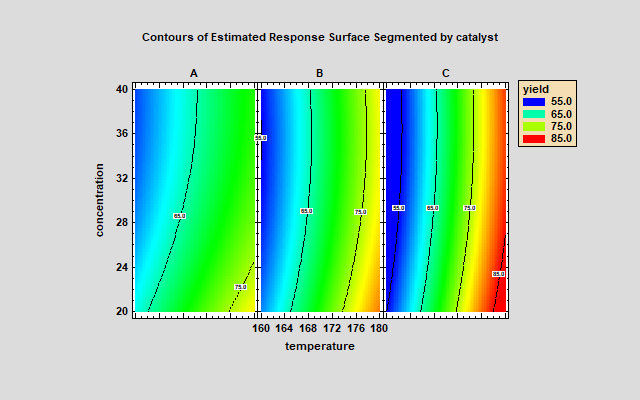 The above plot shows multiple contour plots using a single segmenting factor. When 2 segmenting factors are involved, the plots are arranged in rows and columns. The plot below shows the estimated percent reacted with respect to 2 primary factors (catalyst and temperature) at 12 different combinations of concentration and feed rate. Each column of the plot represents a different level of concentration, while each row represents a different level of feed rate. 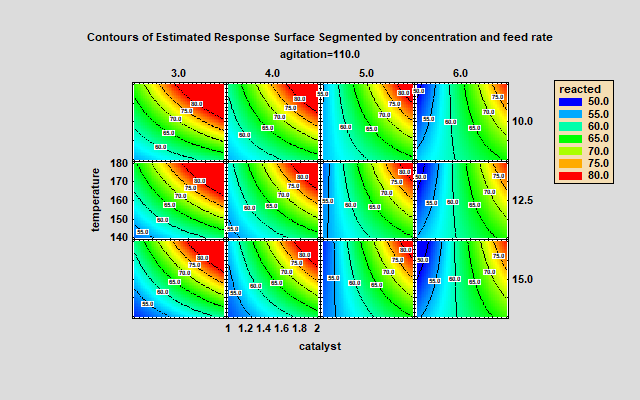 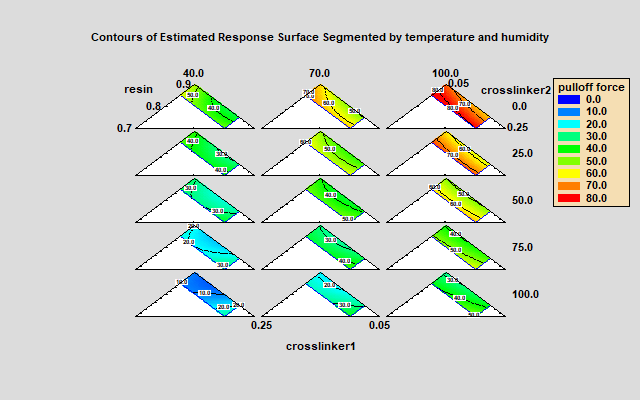 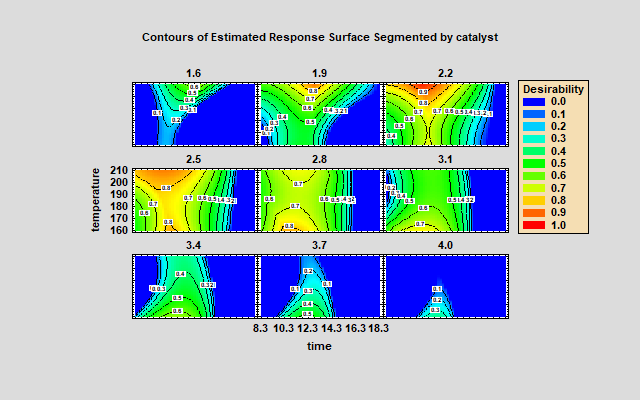 In addition to displaying estimated responses, trellis plots may also be used to illustrate important aspects of the experimental design that has been selected. For example, the plot below shows how the scaled predicted variance behaves when using a central composite design involving 3 factors. The standard error of the predictions is much smaller near the center of the design region and increases uniformly in all directions as you move away from the center. 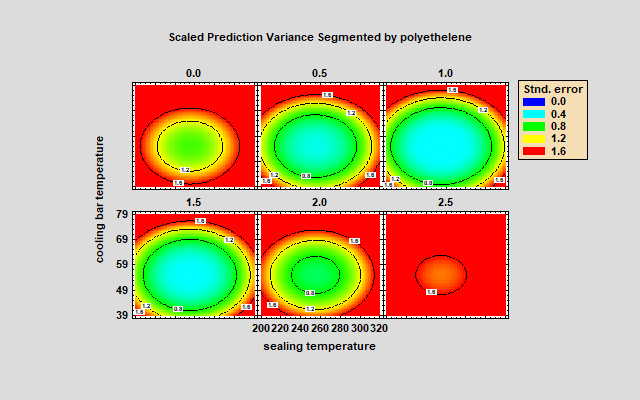 Trellis plots are available when using the Design of Experiments Wizard and legacy DOE procedures beginning in Statgraphics 19.4. If you'd like to try them, download a copy.